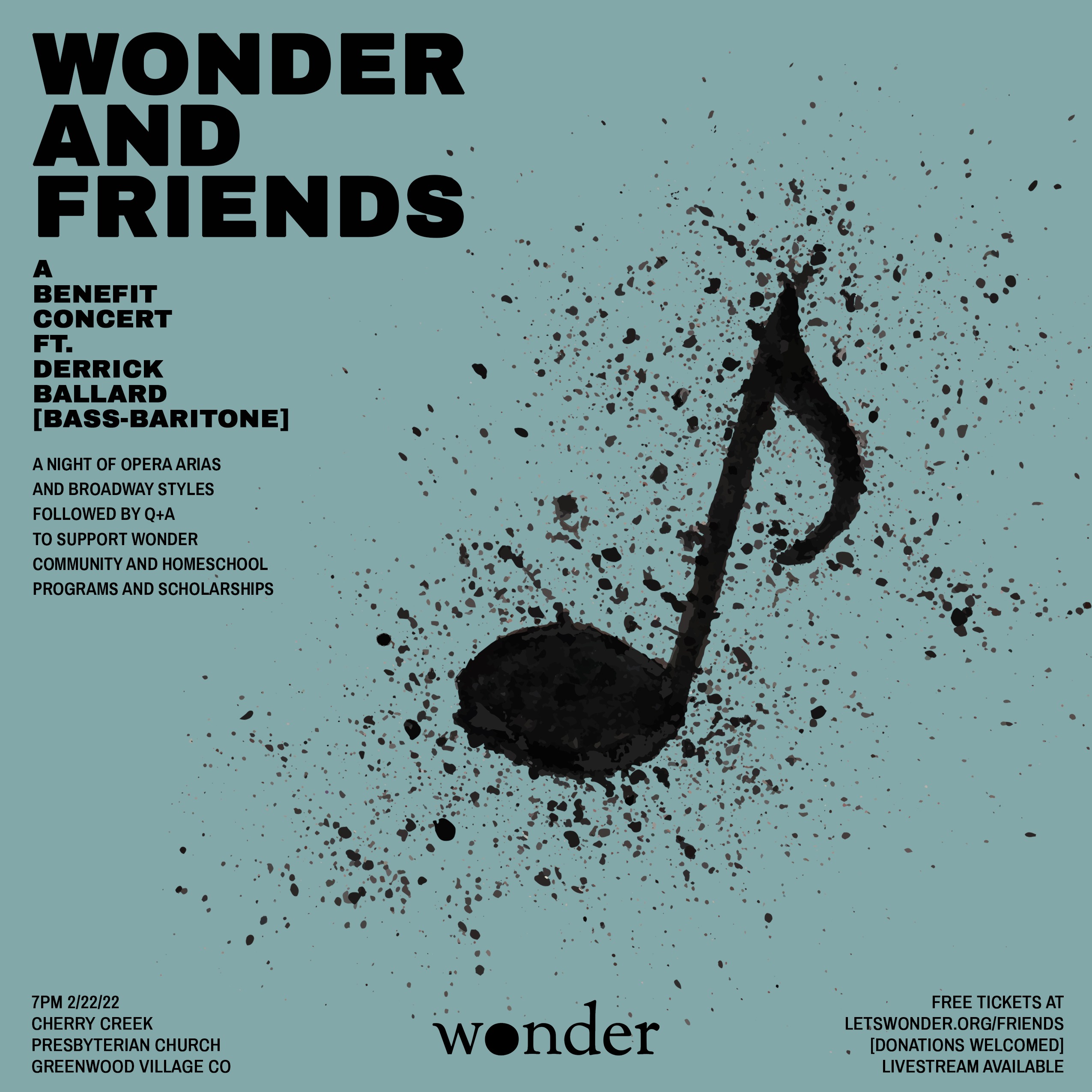 Join us for a community benefit concert featuring bass-baritone Derrick Ballard for a night of opera arias and Broadway styles followed by Q+A to support Wonder community and homeschool programs and scholarships.

We’ve been privileged to host in-person music, arts, and enrichment activities for the community and homeschool families. Supporters like you make it all possible to provide our programs at an affordable rate, host free events to serve the community, and offer scholarships to youth.

Our Wonder and Friends Benefit Concert is a great time to enjoy live music, meet an amazing artist, and give to help us share more wonder within our communities. We appreciate your continued support and helping us reach our $30,000 fundraiser goal!

This event features bass-baritone Derrick Ballard, accompanied by pianist Madoka Asari, for a night of opera arias and Broadway styles followed by Q+A all to support Wonder community and homeschool programs and scholarships.

Plus, special performances by our own Wonder students! 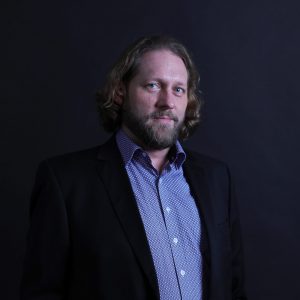 Derrick Ballard has established himself in Europe as a versatile singer with numerous dramatic bass-baritone roles in his repertoire, such as Holländer, Wotan, Hans Sachs, Kaspar, Jochanaan and Scarpia.

In 2021-22, he sings Zaccaria in Nabucco as well as Kaspar and Eremit in Der Freischütz, both at the Staatstheater Mainz, and he makes his debut with the BBC Symphony Orchestra as Lautsprecher in Der Kaiser von Atlantis by Viktor Ullman in London’s Barbican Hall.

During his time in Mainz, he has appeared regularly as a guest at the Oper Leipzig (Scarpia, Kaspar), the Hessisches Staatstheater Wiesbaden (Scarpia, Hans Sachs, Holländer), the Staatsoper Hannover (Kezal), the Staatsoper Hamburg under Kent Nagano (Nazarener in Salome), the Theater Bremerhaven (Pizarro in Fidelio), the Theater Detmold (Hans Sachs) and he took over performances on short notice at the Theater Chemnitz (Hans Sachs) and the Theater an der Wien – Kammeroper (Mephisto). In the summer of 2021, he made his successful debut as Baron Ochs at Garsington Opera.

He had already performed more than 50 roles in the US before making his European debut in 2005 as Biterolf in Tannhäuser at Berlin’s Staatsoper Unter den Linden. Subsequently, he joined the house ensembles of the Staatstheater Kassel (2005 to 2009), the Oldenburgisches Staatstheater (2009 to 2011) and Munich’s Staatstheater am Gärtnerplatz (2010 to 2012), where his repertoire included Figaro in Le nozze di Figaro, Mustafà in L’italiana in Algeri, Dulcamara in L’elisir d‘amore, Leporello in Don Giovanni, Raimondo in Lucia di Lammermoor, Sarastro in Die Zauberflöte, Kaspar in Der Freischütz, Kezal in Die verkaufte Braut, Forester in Cunning Little Vixen, Méphistophélès in Faust and Wotan in Die Walküre.

Guest engagements at that time brought him to the Oper Leipzig (bass soloist in Pax Questuosa), the Oper Graz (König Heinrich in Lohengrin, Gessler in Guillaume Tell), the Aalto-Theater Essen (Dulcamara, Prince Gremin in Eugen Onegin), the Staatstheater Mannheim (Dulcamara), the Staatstheater Cottbus (bass soloist in Mahler’s 8th), the Theater Bremen (Sarastro) as well as the Staatsoper Hannover, the Deutsche Oper am Rhein and the Theater Dortmund (all as Mustafà).

Derrick Ballard has also triumphed with baroque repertoire in roles such as Joas in Il Gedeone (Staatstheater Kassel), Achilla in Giulio Cesare (Florentine Opera Milwaukee), the title roles in Handel’s Hercules (Aalto-Musiktheater Essen, Staatheater Kassel, Theater Gera) and Saul (Staatstheater Oldenburg). In 2011, he performed in An Occasional Oratorio at the Händel-Festspiele Halle.

Through our local Homeschool Day, Community Time events, and national Wonder Fund, we seek to cultivate togetherness through the many opportunities to explore, experience, create, and share the wonders of God around us. Let’s wonder!

Our local programs are conveniently located in Greenwood Village, Colorado (less than 10 minutes from I-25 & I-225, in the Denver Tech Center area).

stay in the loop

Be the first to know about news, upcoming concerts and events, and more! (Message and Data Rates May Apply)

Wonder is a ministry of Wonder Generations (EIN 88-3879381), a nonprofit tax-exempt 509(a)(1) organization established under Section 508(c)(1)(A). All donations are tax-deductible for federal income tax purposes to the extent permitted by law.
privacy policy
cookie policy
Scroll to Top
X